In China and in the entire world, it was the last day of the year 2019. People in the entire world were celebrating the New year party. In China, people were also enjoying it. Eventually, at 12 am happened a weird and scary event with animals.

One day before 31st December 2019, on 30th December 2019, there was happiness in China and everyone was busy doing work for the next day to commemorate the new year Party 2020. Everything was looking amazing and wonderful. There were different colours and everyone was excited about the party But, on the other hand, no one could ever think what was happening. Even non-vegetarians would be badly shocked when they will get to know that, for the party, Chinese people were cooking animal soup made up of bats and snakes. No one could ever think that how can this type of ridiculous and pathetic thing happen. But, one family, which was living there was against this and due to this happening, they decided not to celebrate New year. So, they were unable to celebrate the party. On the day of the party, it smelt foul for them. On the one hand, animals were getting killed and on the other hand, their family knew that it would be led to a great calamity for the whole world. And when scientists get to know about this thing, they give it the name COVID-19.

After 3 months, it became dangerous as Corona started its Journey, from India, Italy and Spain, and America, it spreads its effect throughout the entire world. Corona’s friends Sneezing, Cold and Crowd were helping it to spread. The Giant had given the people a feeling of anxiety and consternation. At that time, doctors were diligently working to control its effects but Corona’s number was increasing instead of decreasing and was killing thousands of people every day. Also, whosoever was having Corona, some people out of them were leading to fatal death. Now to control it, his enemy or antagonist, MASK was incessantly thinking to control its effect. When it saw that many people’s lives were in danger, the mask came to fight with the Giant Corona. Happily, the mask wins the fight, and Corona got defeated. But its story didn’t get over. Corona’s friends Sneezing, Cold and Crowd increase their power’s effect, and the mask got injured Unfortunately, Corona won over the mask.
Then the mask got injured badly. So to help it out, its best friends SANITIZER and LOCKDOWN were doing its treatment and got angry. Then, the three of them made a plan by contemplating. Then their team gave Corona a challenge for the fight.

When mask, Sanitizer, and Lockdown went for the fight with Corona, they got success as Mask defeated Sneezing, Lockdown defeated Crowd and Sanitizer defeated the hell – Corona. Three of them were having a big hand to save the entire world.

MORAL – Don’t play with the environment and animals otherwise anything can happen; Either dangerous or weird…

Previous The Inconsistencies of Life
Next Craft 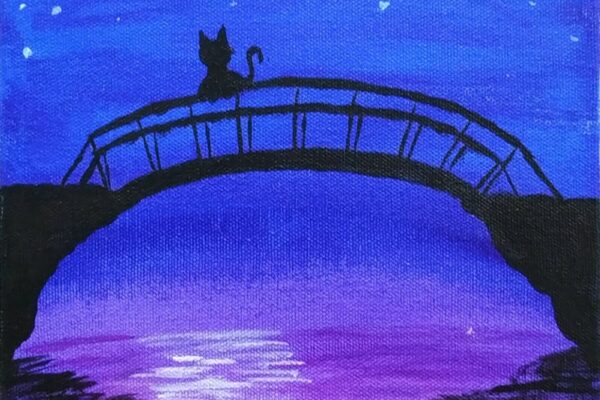